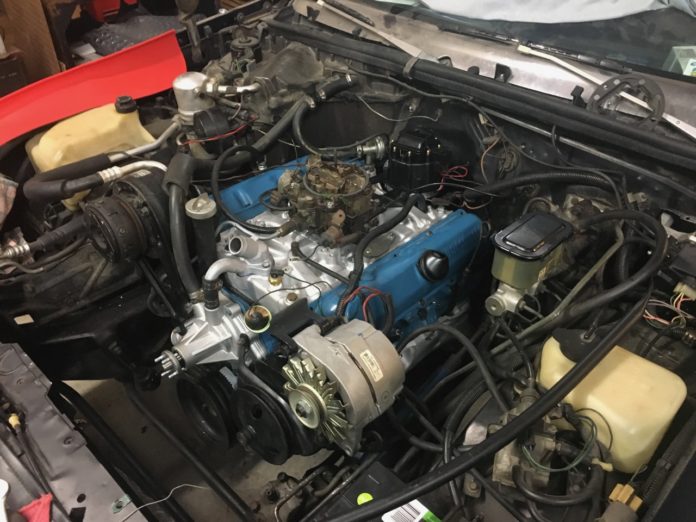 I get this question. A LOT.

“Where can I find parts for my Cutlass?”

“Do you sell parts for my Regal?”

“Where can I find a hood for my Malibu?”

Guys, this isn’t that hard, really. Here’s the deal:

There are plenty of sources for parts for our G-Body cars. But know this: You’re not going to find everything you need from the aftermarket, and especially not OEM or NOS, unless you’ve got deep pockets and nearly infinite patience.

There are plenty of suppliers out there, and I’ll list several at the bottom of this article. I mean, just bring up Google and type “G-Body Parts” or “1979 Monte Carlo Tail light” or “1982 El Camino Cowl Hood” or whatever. It might take a little bit of actual research and work to find stuff, but the big stuff is out there.

Hit eBay. Hemmings. Craigslist. Facebook Marketplace. Head on over to GBodyForum and MalibuRacing and post in the (correct!) classifieds section… Be clear about what it is you’re looking for. Also realize that during the late 1970’s and 1980’s, GM was on a mission to standardize a LOT of parts across their lines. So while a part may not be listed for, i.e. a “Cutlass Salon” but it is for a “Monte Carlo LS” there’s a good chance it will still work, but DO YOUR RESEARCH and make sure its the same thing.

Bottom line: Stop being lazy. Sending me a message like “Where can I find parts?” (and nothing else) is futile. Even if you get specific. I’m just gonna be like “I dunno, man, did you try Googling that shit?”

All that said, here are some links to suppliers that specialize in, or carry most routine parts for, our G-Body cars. In no particular order, and without endorsement:

and this doesn’t even cover the aftermarket performance or non-stock body parts, LS swap kits, suspension parts, etc. that are out there, such as (And these are GBodyForum sponsors, for transparency…)

It also helps to search for the correct terms. Here are some examples where people just don’t realize the proper spelling of words. Searching for the wrong words will give you bad results, its the nature of the internet.

Similarly, KNOW WHAT YOU HAVE and what you’re trying to find. A 4.3 Chevrolet is a V6, while a 4.3 Oldsmobile is a 260ci V8. A 307 Chevrolet is different from a 307 Oldsmobile. Speaking of, a later Olds 307 is markedly different than an earlier one (roller cam/lifters/heads) and certain parts like aftermarket intakes, etc. will not fit. This is where hitting up the forums and just asking a question will get you way further than just throwing darts at a board, or money at random parts.

But please, I don’t sell parts, I don’t know exactly where to find a wiper motor for your ’82 Bonneville. I’m not gonna “Google that for you” as it were. We’re adults, lets just get it done!

State of the Nation 2018 Edition

Why Do We Love The G-Body?