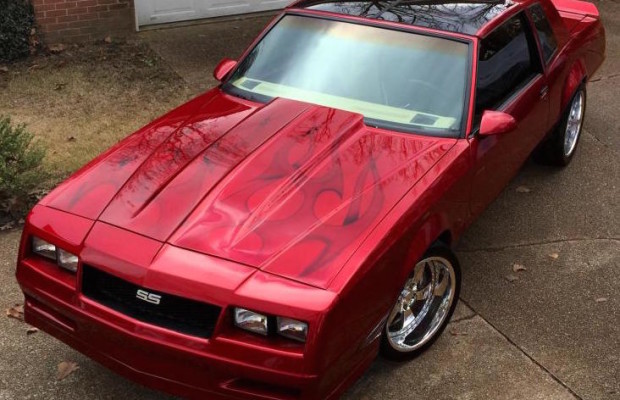 When Robert Rice of Tupelo MS saw this ’87 Monte Carlo SS at his chassis shop, he knew he needed another project, his fourth Monte Carlo, in addition to his ’87 Grand National….

A casualty of a machine vs. deer encounter, the car sat outside unrepaired for several years before Robert rescued it.  From there, it was all history.

The car was stripped out, and the body completely repaired by Rogers Rod Worx, fixing the usual rust spots in the floor boards and t-top zones.  Then the real fun started.  He knew he wanted a wider set of shoes in the rear than the stock frame would allow for, so the frame was altered to accommodate them.  He had larger flares added to the fenders, added a 2″ cowl hood, deleted parking lights, a 2″ extended rear spoiler and a custom grille.

The engine is a 5.3L LS, still in the development stages.  Built to handle twin 76mm turbos that are still in the wings.  Behind that is a beefed up 4L80E transmission.

The beautiful paint is a Candy Raspberry, with the addition of the artfully executed ghost flames.

We hope to show you this car in more detail once its complete in a multi-part series down the road.  So stay tuned!

You can also see Robert’s build thread on GBodyForum.com, where this unreal Monte Carlo was also the January 2015 G-Body of the month!

The body getting taken down to bare metal. 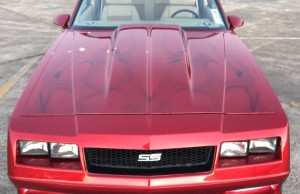 How about that stare? 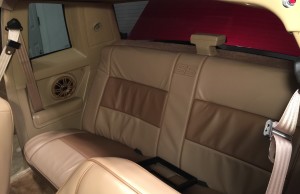 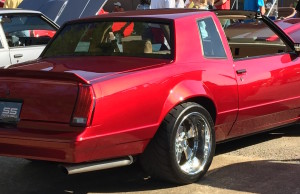 Getting attention at the show 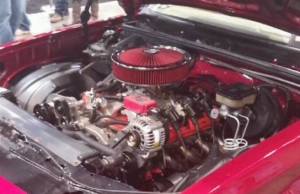 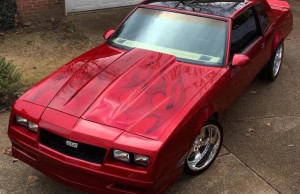 A good look at those ghosted flames. 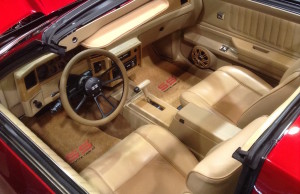 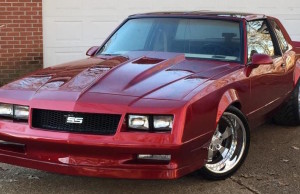 A stance to die for with the wide tires and added flares.

I've been in a G-Body in one way or another since they were new. I got my own '79 Cutlass in 1990, and have been a fanatic ever since. In 2005 I started GBodyForum, and now GBodyNation.
Related Itemschevroletchevycustomfeaturelsmonte carloss
← Previous Story Chevy Malibu Road Trip
Next Story → Unwind After the Race – 1986 Monte Carlo SS